What I did With My Mulberry Harvest.

Finally today, I had the last of my mulberry fruits harvested from this small, potted tree.

I had accumulated enough this time, so there began the second mulberry fruit spread- or jam-making adventure of my life! 😀

This time I had a kaffir lime (harvested from the garden this past week) added in. 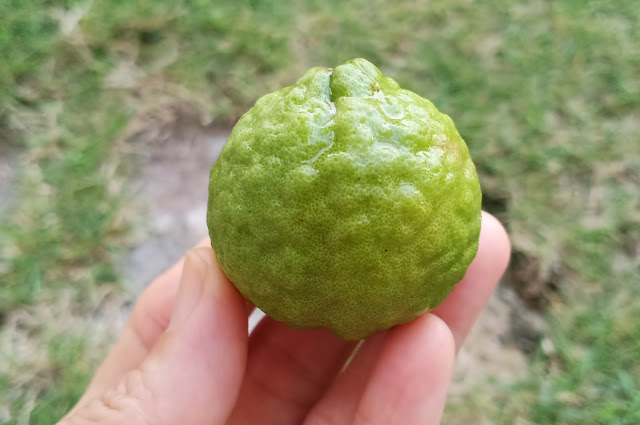 The outcome was satisfactory and slightly better than my first attempt's one, whereby I had used only mulberries and brown sugar. The jam, as expected, has a very rich fruit taste. The texture, though not as "smooth" as those store bought fruit jams, is not a problem to me.

Ingredients that I used ( I used whatever that were available at home):

1) mulberries from my garden (forgot to weigh first), crushed using a stone pestle. 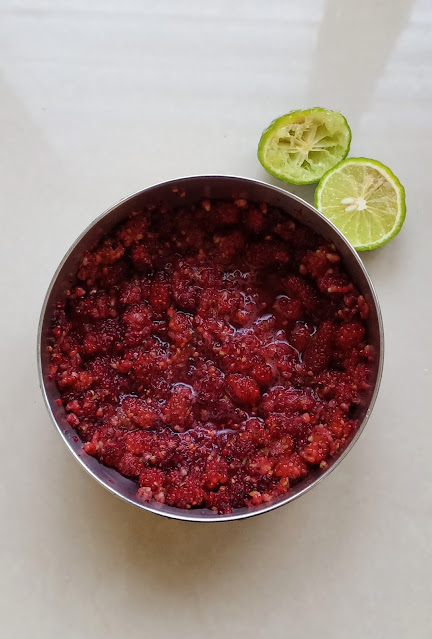 Here is how I had the jam made (This is merely for sharing how I had made mine. If you want to learn, do learn elsewhere ya, cos I'm very much an amateur still.):

1) I had the crushed mulberries + kaffir lime juice (squeezed-in) + some kaffir lime rind pieces, all mixed together inside a stainless steel bowl.

2) Then I got them double-boiled ( about 45 minutes or so ), before I had the molasses sugar added in.

3) Thought it would better for the jam to be thick and not too runny, I had it transferred into a small cooking pot and had it further-cooked for a few more minutes (until it had finally thickened).

4) Then I had the flame turned off.

5) The jam was later transfered into a small bowl for storage.

I have since enjoyed the jam with my soda crackers. 👍😀 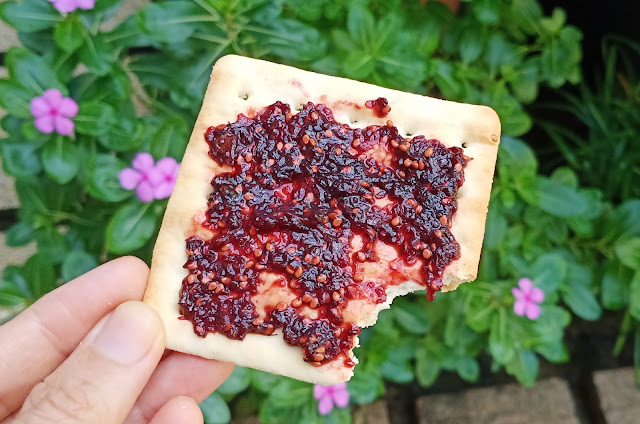