My beautiful Periwinkles were made " Skeletons " - Guess who the Culprit was?

My Periwinkles had been ever-beautiful, ever-flowering and ever-happy for as long as I could remember.

It never failed to be the first of all my plants to happily greet and cheer me up every time I stepped into My Small Backyard Garden. 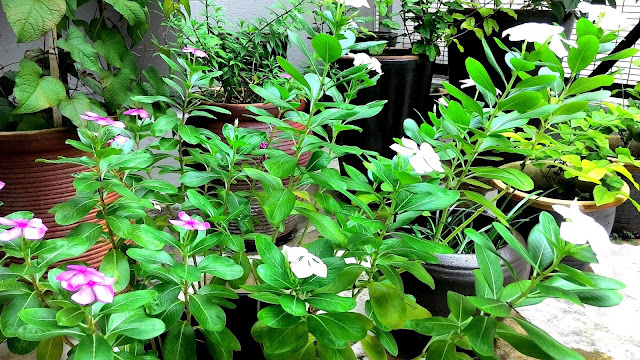 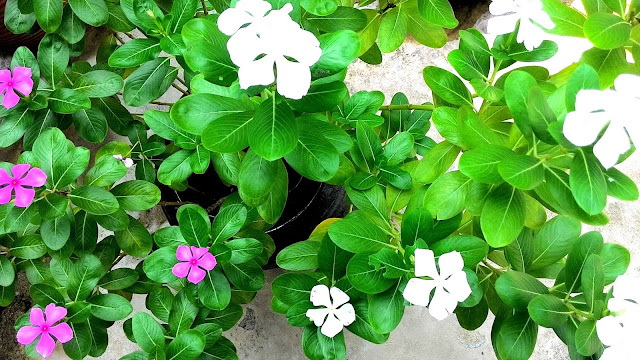 But not until sometime last week. When I had the " shock " of my life to be greeted by two " crying skeletons " instead.

Poor me! All I could hear were sounds of pain, " Ouch, Ouch, Ouchhh ...... and Ouchhhh! " blurting out from my very mouth as I tried to figure out what had happened!

There were lots of round, dark green, small bead-sized thing everywhere around the pot of " skeletons". But I had no idea at all what creature that could be, that was capable of gobbling up and turning all my Periwinkle leaves and flowers into something like that, almost overnight!

The silliness in me, had me imagined that pregnant, wild cat, which I had chased away days before for fear she would give birth to and raise her kitties at My Small Backyard Garden, coming back and destroyed them out of revenge. 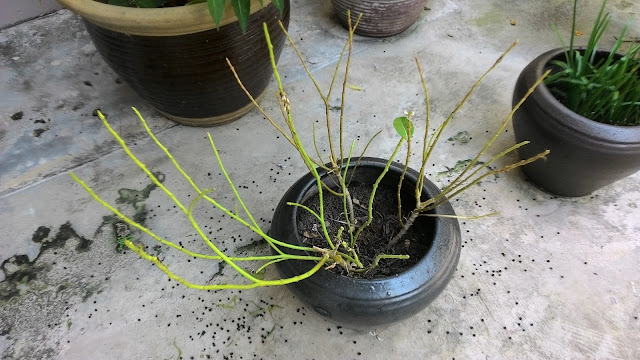 Silly indeed! As when I later stopped by to admire and smell one of my sweet-scented Jasmine ( Jasminum sambac ) blooms , .... 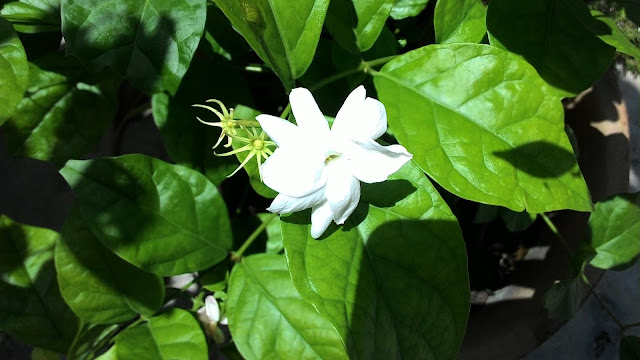 .... my eyes suddenly happened to dart on this green, green guy ( a caterpillar ) with monstrous eyes clinging onto a stem not too far off! 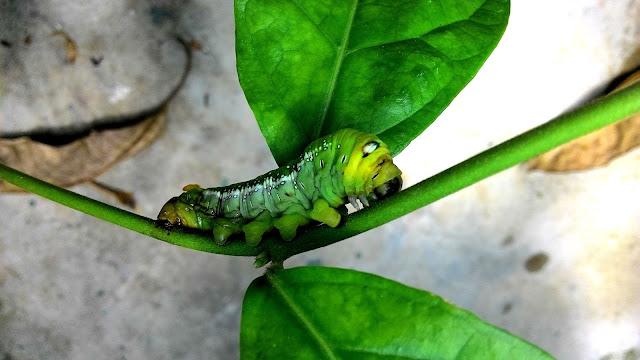 Immediately, I suspected it to be the culprit of the whole disaster. How right I was! Some googling later that day confirmed my suspicion!

I did feel like throwing it far, far away. To an infinity place, if possible. But no. I could not. My garden was supposed to be a wildlife ( pests included )-friendly place. Moreover, knowing this guy would eventually morph into " an angel ", a beautiful butterfly or moth that I would love, I had to let it be where it was.

As for the " skeletons ", I had them trimmed in a way so they could grow back nicely! Hopefully! 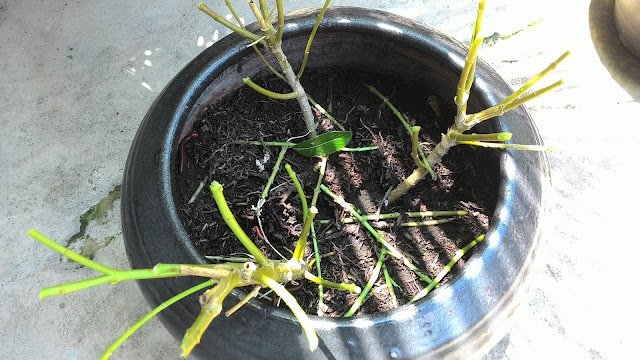