Enjoying my Thai Basil harvest ... in the simplest, yet tasty Vegan or Vegetarian Dish ...

Like always, I had a bountiful harvest of Thai Basil ( Ocimum basilicum ), among others from my backyard. 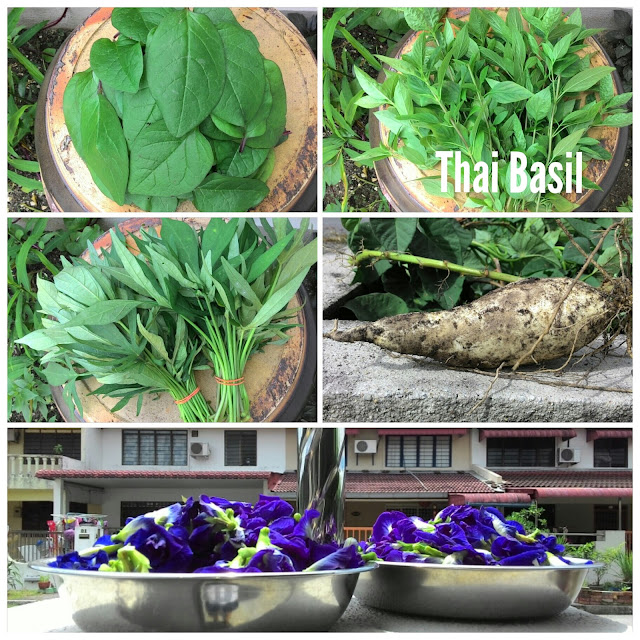 So I decided to cook something for myself with it.

I am especially lazy when it comes to cooking. I am not the type of person who is willing to spend a lot of effort and time in the kitchen for that split-second of food enjoyment. I would rather settle for moderately tasted foods if that require much less effort and time to cook or prepare.

Thus, this simple, yet quite tasty Vegan or Vegetarian Dish, which I had specially created or cooked for my lunch yesterday - using my Thai Basil harvest as the flavour enhancer. 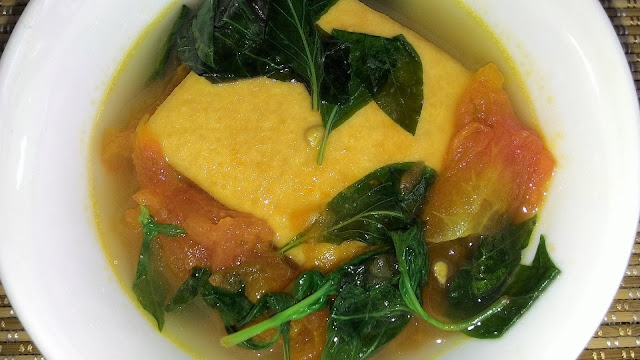 Here is the RECIPE ( Beancurd  in Tomato Soup )  ( one person's portion ), should anyone be interested to try :

1) Put the cut tomato parts into a small cooking pot.

3) Pour in the filtered water ( about thrice the volume of the tomato. ).

4) Place the cooking pot over the stove and let it cook under low heat.

5) When the water has come to a boil, use a spoon to crush some of the cut tomato parts so that the soup would thicken a little.

7) Throw in the beancurd and the Thai Basil leaves.

9) Remove from the stove.

10) Serve in a white porcelain bowl ( for a more appetizing look ).

11) Finally, the dish is ready to be enjoyed with a bowl of noodles or rice.

YUM YUM! Happy trying if you would! 😀

Email ThisBlogThis!Share to TwitterShare to FacebookShare to Pinterest
Labels: My Cooking, My Small Backyard Garden

It has been weeks since I last went back to my home in Ipoh. Predictably, given the recent frequent rain we are having, I was greeted with jungles of lush growing plants, both desired and non-desired - almost equally much in volume, as I stepped into my small garden there this past Sunday.

At the backyard ( where the long planter of edibles were )  ...,

They have all progressed incredibly much in the space of just weeks - with the Butterfly Pea vines, being the most noticeable ones of all. Not only have they invaded nearly one third of the wire mesh fence area, but have proceeded to conquer the adjacent Telecom's wire tower right outside the fence Something which I was most please to see. As I have always wanted them to not only block views from my neighbours for privacy purpose, but to also beautify the fence and its surroundings.

What surprised me the most was the Madeira Vine ( Anredera cordifolia ), which I had given up hope on and removed from the planter many months back. It has unexpectedly made a comeback, with its, at least three, new strong-looking babies that have ' self-regenerated ' on and near the pebble stone area of the planter.

Pictures of the backyard's planter of edibles, taken after I have had partial weeding done. 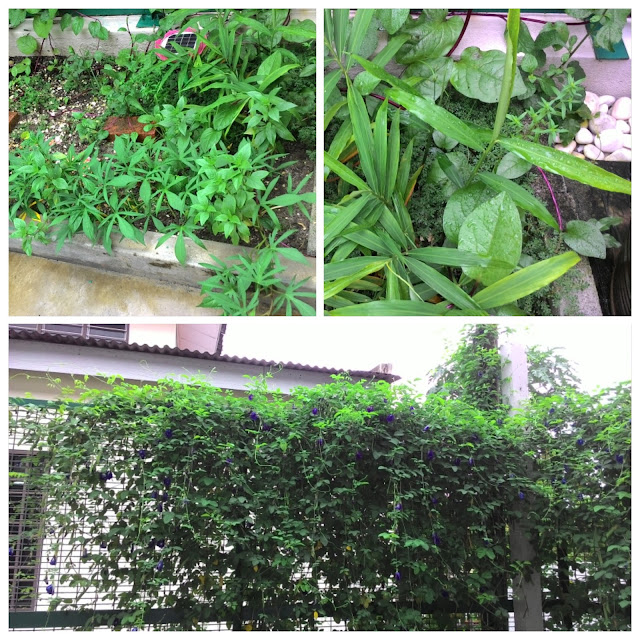 Meanwhile, at the front yard planter ...,

It seemed that weeds of all kinds were having a BIG party or kind, to celebrate the recent rainy weather. They were seen aggressively poking their ugly ( I am sorry to describe them so ) heads up everywhere on the planter.

The poor, newly-germinated Radish seedlings which I have seeded weeks back after the harvest of my radishes, were nowhere to be seen. The space where they were supposed to be, was all occupied by ' the party guys '. Wish me luck that they thrive anyway!

It was lucky though, that the Sweet Potato vines were not, in the least affected. They seemed to be growing ever carefree and strong. Some were even flowering. Their beautiful, purple, trumpet-like blooms never go unnoticed.

Regardless of the advancing weeds, the Turmeric ( Cucurma longa ) plant has surprisingly sprung back to life, after a somewhat ' dead ' period. It must have loved the recent rainy weather too.

Pictures of the front yard planter. 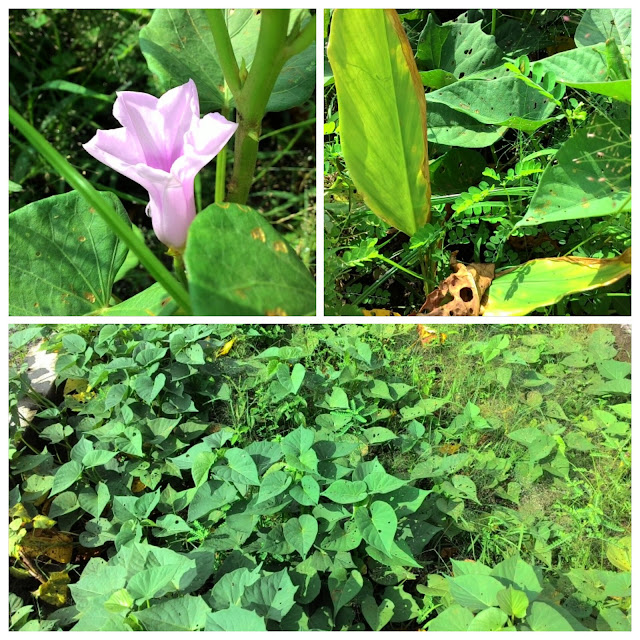 I have yet to do anything at my small garden this time other than a little weeding at the backyard. As I had to leave on Monday morning.

More updates soon ... but till I go back again ... Most probably sometime next week ...


Thank you for reading this! BYE!

Back in September, me and Eldest Sis, along with many other keen gardeners, attended a free gardening course on How To Make Microbial Soils, conducted by and held at the Department of Urban Farming, Putrajaya. During the course, we were being enlightened on the many benefits of using effective microorganisms ( EM ) in boosting plant growth, accelerating composting process and improving soil condition. There, we were showed and taught how we can easily multiply those EM in our very own homes and apply them to our gardens.

That same day, when the feeling of excitement was greatest most. I started off to multiply them ( the EM ) right away, the minute I got home. With only one type of readily available ingredient - the slices of white bread, at hand, I was all set to get at least one type of the EM first - YEAST.

I thought it would be better for me to play with a small amount first. Thus, I used only one slice of white bread. I had it plunged into a half litre soft, plastic water bottle which I had earlier pre-filled with non-chlorinated water, before I had it ( the bottle ) loosely capped ( to allow for gas escape, if any, that may result from the yeasts' activities ) and finally, let it sit for about 24 hours at a dark corner in my kitchen.

The next day, when it was about time, at the 22nd. hour or so, I had the plastic bottle of bread in water, which I supposed, should already have dense population of yeasts, brought to Fourth Sis's apartment to test out. There, I had its water filtered out and selectively, sprinkled and watered onto as many or as much of her plants and soils as possible, until finished.

Finally, though I managed to have only two types of plants and soils in two pot planters tested with the yeast water, it was still sufficient for me to tell if it was effective at all in boosting the growth of the plants. Given the result was far too obvious to doubt if it could have been just because of luck or anything else. As both the plants had almost exponential growth in terms of number and size of leaves, in just a few days time - something that had never happened before however much I fertilised them. 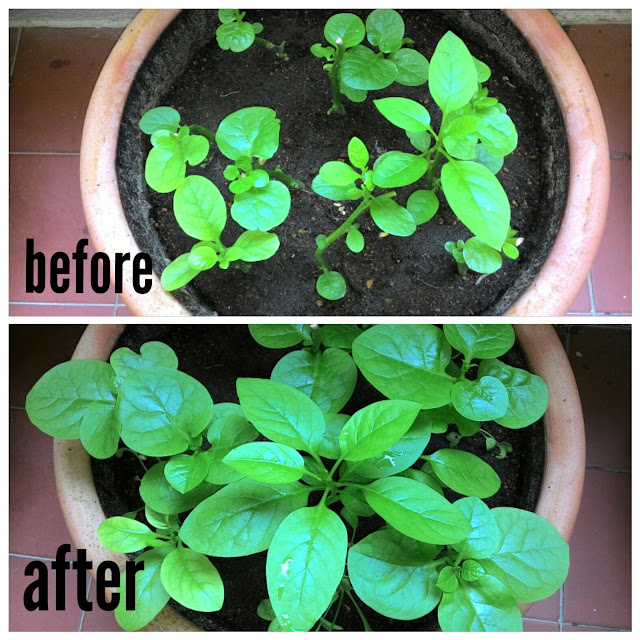 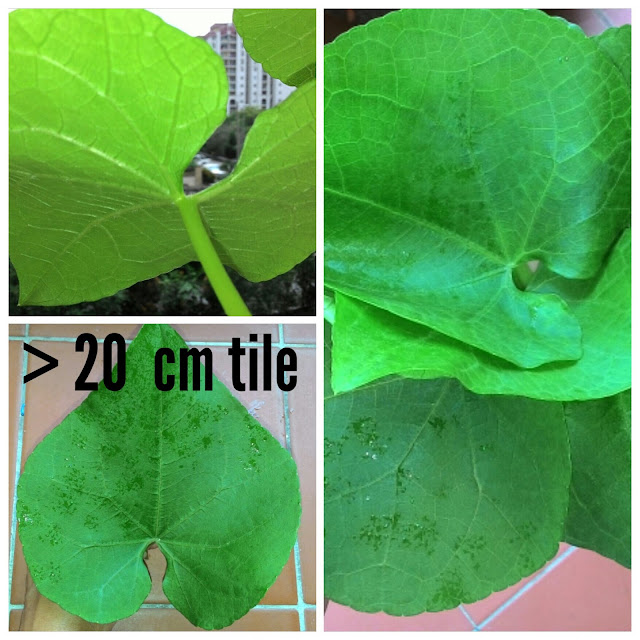 Many thanks to the Department of Urban Farming, Putrajaya for conducting this most invaluable course. I believe not only me but all of us have learnt a lot that day!

1) Yeasts do not only help in breaking down the toughest of organic matters in soils but are able to boost root growth in plants. Thus, making them able to absorb more nutrients and so, fast growth.

2) However, if there is little or no nutrients in soils, yeasts could result in nutrient deficiencies in plants as the abundance of growth must always have abundant nutrient supplies to enable healthy growth.

3) Yeasts are in fact everywhere around us. So, not only bread contains them.